Skills alone would not make one succeed. It is the attitude, visions and efforts that set one’s direction. Learn from the wise and broaden your horizon.

We have renowned scientists including:

Get to know our Grand Masters: 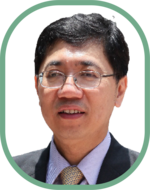 As an Elected Member of the Chinese Academy of Sciences, the first Hongkonger to receive a First-class Prize of the State Natural Science Award and recipient of numerous awards in international academic arena including Foreign Associate of the US National Academy of Sciences, Professor Che’s pioneering study on synthetic chemistry shapes the culture of local research community. Steering the direction of profound research like Laboratory for Synthetic Chemistry & Chemical Biology and State Key Laboratory of Synthetic Chemistry, his wisdom can definitely inspire one’s heart. 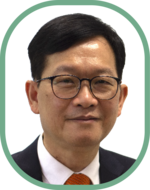 As a top-notch mathematician who has resolved many classic math problems, Professor Mok has been the leading figure and the brain of HKU Institute of Mathematical Research for years. Among his recent professional accolades, Member of the Chinese Academy of Sciences, State Natural Science Award, and Fellow of the Hong Kong Academy of Sciences are some of the representative ones. He appreciates the aesthetics of mathematics, which young intellectuals will find his “mathematics-as-life” attitude enlightening. 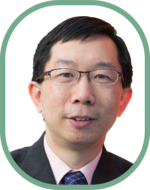 Professor Ng’s research interests lie in artificial intelligence, data science and scientific computing, which are crucial for shaping the future of human life. He is a recipient of the Feng Kang Prize of Scientific Computing. Setting his vision far and wide, he is the pilot for the development of research in Mathematical and Statistical Science in the Faculty. Nonetheless, Professor Ng is no ordinary scholar – he is among the inspiring ones who would share thoughts and experiences beyond academic knowledge. 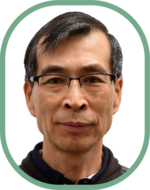 Professor Sun is a forerunner in geochemistry who strives to utilise chemical and isotope data to solve intriguing scientific problems in earth sciences. His contributions earn him prestigious honours including the National Natural Science Award (First-class, co-winner) and State Natural Science Award (Second-class, co-winner). As the Hong Kong Director of the Joint Chemical Geodynamics Laboratory with Chinese Academy of Sciences, his experiences in fostering collaborations across territories are definitely inspiring. Professor Sun has also been named by Clarivate Analytics as “Highly Cited Researcher” for 6 years in a row. 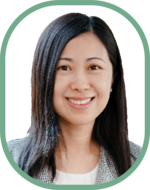 Professor Wong is a knowledgeable biologist who leads a team of scientists studying cell adhesion and signal transduction in cancer. She is a recipient of the Croucher Foundation Senior Research Fellowship. While her work provides important insights into the nature of ovarian carcinogenesis and informs the best practices of identifying new targets in cancer diagnosis and therapy, her experiences at laboratory are equally inspiring. 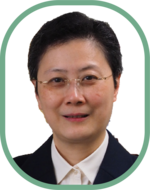 Not only can we learn from Professor Yam of her innovative and frontier research, her resilience and values also inspire us on how to stay focused and insist on quality and excellence. Despite the many recognitions she has received, such as State Natural Science Award, Elected Member of Chinese Academy of Sciences and Foreign Associate of the US National Academy of Sciences, etc., she remains committed in pursuing and passing on knowledge and does not let go of chances to inculcate values to the young ones. 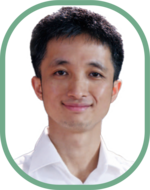 Professor Yao is a condensed matter physicist. He has been named by Clarivate Analytics in the list of “Highly Cited Researchers” among the world’s eminent researchers in 2018 and 2019. His current research interest lies in 2D materials, and has played a decisive role in creating an important new research direction – valley optoelectronics, which aims to exploit valley, a quantum degree of freedom of electron, in future optoelectronic devices. He is an Elected Fellow of American Physical Society, and Founding Member of Hong Kong Young Academy of Sciences. 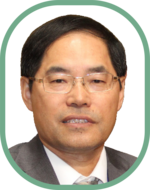 Professor Zhao has a clear mind in the face of challenges on his research of metamorphic petrology, Precambrian geology and supercontinents. His perseverance makes him the holder of many prestigious honours – Member of Chinese Academy of Sciences, National Natural Science Award (First-class, co-winner), State Natural Science Award (Second-class, co-winner), and named by Clarivate Analytics as “Highly Cited Researcher” for 6 years in a row.