HKU Presidential PhD Scholar Programme (HKU-PS)
In order to attract top candidates from around the world to pursue full-time PhD studies at HKU, the HKU Presidential PhD Scholar Programme (‘The Programme’) offers the most prestigious scholarship package to selected outstanding full-time PhD students admitted to The University of Hong Kong.
Alongside financial support, HKU Presidential PhD Scholars will also receive strong academic and training support from the University, e.g. individualised advisory service, training in teaching, chances to rotate among different research labs/disciplines, and more opportunities to interact with leading scholars.  A group of distinguished Faculty members also give advice, provide additional mentorship and training opportunities, and oversee the academic career paths. Please click here for the programme features.
The HKU-PS scholarship package (valued up to around HK$414,000 in the first year and HK$394,000 in each of the subsequent years; i.e. a total funding of up to HK$1.6M over the 4 years of study) includes:

More information about the eligibility and selection for the HKU-PS Programme can be found here.

The Hong Kong PhD Fellowship Scheme (HKPF)
The HKPF Scheme, established by the Hong Kong Research Grants Council, aims at attracting the best and brightest students in the world to pursue their PhD studies in Hong Kong.
All HKPF holders will be awarded the HKU Presidential PhD Scholar Programme as well. Please refer to the HKU-PS section earlier for more details on the package.
For more information on the eligibility and application procedure for the HKPF, please refer to the relevant section here.
Postgraduate Scholarship (PGS)
Full-time MPhil and PhD students who hold a first degree with second-class honours first division or above are considered eligible to receive a Postgraduate Scholarship during the normative study period. Results in candidates’ Master’s degrees may also be considered.
The basic level of scholarship is HK$18,030 per month while the higher PGS rate (provided after the confirmation of probationary PhD candidature) is HK$18,520 per month. For more information on these, please visit the relevant section here.
Tuition Waiver Scheme for Local Research Postgraduate Students
New and current local students pursuing a full-time UGC-funded Research Postgraduate programme of any discipline in local institutions will be provided a non-means-tested ‘Tuition Waiver Scheme’ to cover their composition fees over their normative study period. Eligible students need not apply for this Scheme.
For more information, please refer to the University Grants Committee (UGC) website.
Robert Whyte Memorial Postgraduate Fellowship
The Fellowship shall be awarded to a full-time PhD student with a research interest related to applied ecology in monsoonal and equatorial Asia including but not limited to studies in botany, zoology, biochemistry, physiology, and climatology.
The Fellowship shall be awarded to a national or permanent resident of Brunei, Cambodia, China, Hong Kong, Indonesia, Laos, Malaysia, Myanmar, Philippines, Singapore, Thailand, or Vietnam. Priority shall be given to candidate who has obtained his/her first degree at The University of Hong Kong. 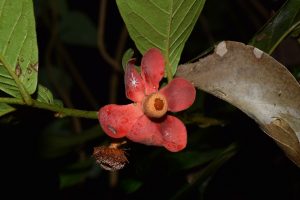 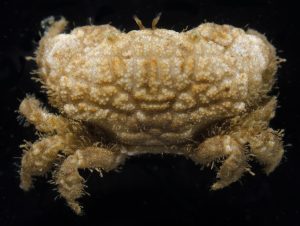 Robert Whyte was the son of Robert Orr Whyte, a medical practitioner from Cambridge. He was born in Ayrshire in 1903, and educated at Victoria University, Wellington, New Zealand. He was admitted to Caius (University of Cambridge) in 1926 to study for a PhD in Botany. After completing his PhD in 1929, he was appointed as a Chief Officer at the Imperial Bureau of Plant Genetics in Aberystwyth (later known as The Commonwealth Bureau of Pastures and Field Crops) and became eventually its Director.
He worked for the United Nations Food and Agriculture Organisation (FAO; Rome) in the 1950s, and participated FAO missions to India and Japan. He moved to the University of Hong Kong in 1966, where he held a hononary fellowship conducting research on applied ecology of monsoonal and equatorial Asia.
He authored numerous books in Asian Ecology including Rape of the Earth: A world survey of Soil Erosion (1939, with Graham Jacks), Crop Production and Environment (1960), Grasslands and Fodder resources of India (1964) and Grasslands of the Monsoon (1968).
He died on 31 October 1986.
More details on the eligibility, application and deadlines for the Robert Whyte Memorial Postgraduate Fellowship can be found here.
Hung Hing Ying Scholarship
In 1986, Mr Frank Hung donated a sum to the University to set up the Hung Hing Ying Physical Sciences Research Fund in memory of his father. The Fund aims to provide grants for research projects in physical sciences and scholarships for research postgraduate students in physical sciences.
The Scholarship shall be awarded to candidates reading for the degree of MPhil or PhD in the Faculty of Science, on the basis of academic merit. Applications are usually accepted in Semester One of each academic year.
More details on the eligibility, application and deadlines for the Hung Hing Ying Scholarship can be found here.
Doris Chen Memorial Fund
In March 2013, Professor William Chen and his family generously pledged a donated to The University of Hong Kong to set up a fund in memory of his mother Dr Doris Lai Chue Chen (1929 -2012), who was the first female academic in Mathematics at HKU.  Dr Doris Chen joined HKU in 1953 and served the Department of Mathematics until her retirement in 1985.
The Doris Chen Memorial Fund shall primarily benefit full-time research postgraduate students of the Department of Mathematics.
More details on the eligibility, application and deadlines for the Doris Chen Memorial Fund can be found here.