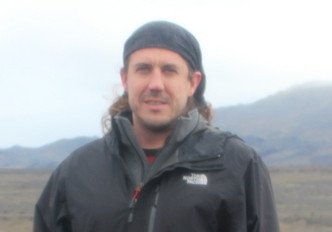 The planet Mars has long drawn interest from scientists and non-scientists as a possible place to search for evidence of life beyond Earth because the surface contains numerous familiar features such as dried river channels and dried lake beds that hint at a warmer, wetter, more earthlike climate in the past. However, Dr Joseph Michalski of the HKU Department of Earth Sciences & Laboratory for Space Research and his colleagues have published papers recently that cast increased doubt on the idea of surface life evolving on Mars. These paradigm changing publications have recently been published in Nature Geoscience (December 2017) and Nature Astronomy (February 2018).

For the last 2.5 billion years, surface life on Earth has thrived largely due to the evolution of photosynthesis. Surface life is abundant and very successful because of the availability of sunlight, surface water, generally moderate climate conditions, and the protection of our magnetic field. But the planet Mars would have never experienced such habitable conditions at the surface. Dr Michalski and colleagues published results in Nature Astronomy showing that the climate of Mars has probably been extremely cold and dry most of the time. They argue that the familiar aqueous features on Mars included widespread, weathered soil hori zons, could have formed in geologically short climate “excursions.” In other words, Mars was cold and dry throughout its history and only had abundant liquid water at its surface during short episodes of climate change.

However, all hope for life on Mars is not lost. In another paper led by Dr Michalski and published recently, the scientists point out that the prospects for surface life on Mars might be dim, but the possibilities for subsurface life are promising. Life on Earth likely began in hydrothermal systems (environments where hot water reacts with rocks), and there is abundant evidence for many locations where hydrothermal environments exists on Mars at the time when life might have originated in similar environments on Earth. They argue that, in order to understand how life formed on Earth, we should ignore the surface environments on Mars and focus exploration on hydrothermal deposits.

Dr Michalski and his team in the Department of Earth Sciences and Laboratory for Space Research explore Mars using remote sensing and infrared spectroscopy. Using infrared data collected at Mars by spacecraft, they can interpret which minerals are there and describe the geology of ancient hydrothermal systems. This type of work is based on laboratory measurements, which provide the required mineralogical background in which to interpret spectroscopic data from Mars. The HKU’ Faculty of Sciences new Infrared Spectroscopy Laboratory is a facility where scientists from around the world can come to measure geological samples in order to compare the measured spectra to data from returned from spacecraft. Michalski and his team use infrared measurements of hydrothermal minerals as a basis to interpret the detection of important minerals on Mars.

“This is an extraordinarily exciting time in Mars exploration ” said Dr Michalski. “We are getting very close to being able to detect evidence of ancient life on Mars or, perhaps more importantly, the chemical building blocks on which life forms.”

“This cutting edge and ground-breaking HKU based research is both exciting and thought provoking. It speaks to the very heart of trying to understand how life may have evolved not just on earth but on other terrestrial bodies both in our own solar system and indeed around other stars tha t have planets that lie in the so-called “habitable zone” (where liquid water can exist on the surface). The discovery of bacteria two miles down in a Goldmine in South Africa a decade ago chimes perfectly with the thesis Dr Michalski is proposing here,” said Professor Quentin Parker, Director of Laboratory for Space Research and Associate Dean (Global) of HKU Faculty of Science. 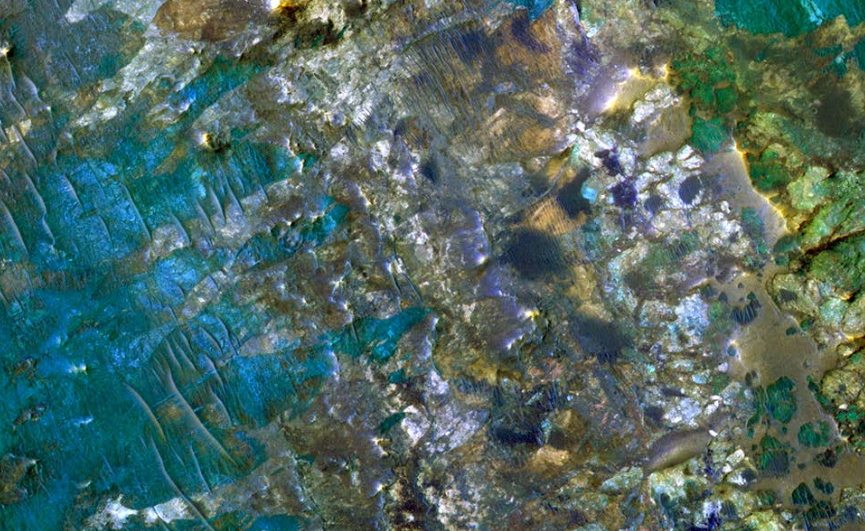 A false color image from the HiRISE instrument aboard NASA’s Mars Reconnaissance Orbiter shows amazing diversity of rocks exhumed from the Martian subsurface a meteor impact in the Nili Fossae area. The image is 1 km across. This site and others like it contain rocks that were altered by fluids in the Martian crust billions of years ago, at the time when life first emerged on Earth. These rocks represent exploration targets that could teach us about the origin of life. 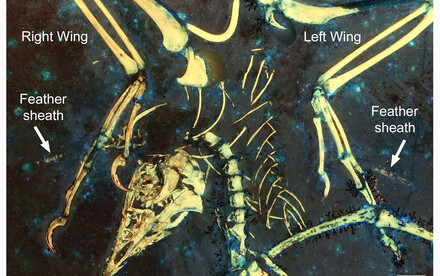