HKU study unlocks the secret of corals’ tolerance to climate change: their diet 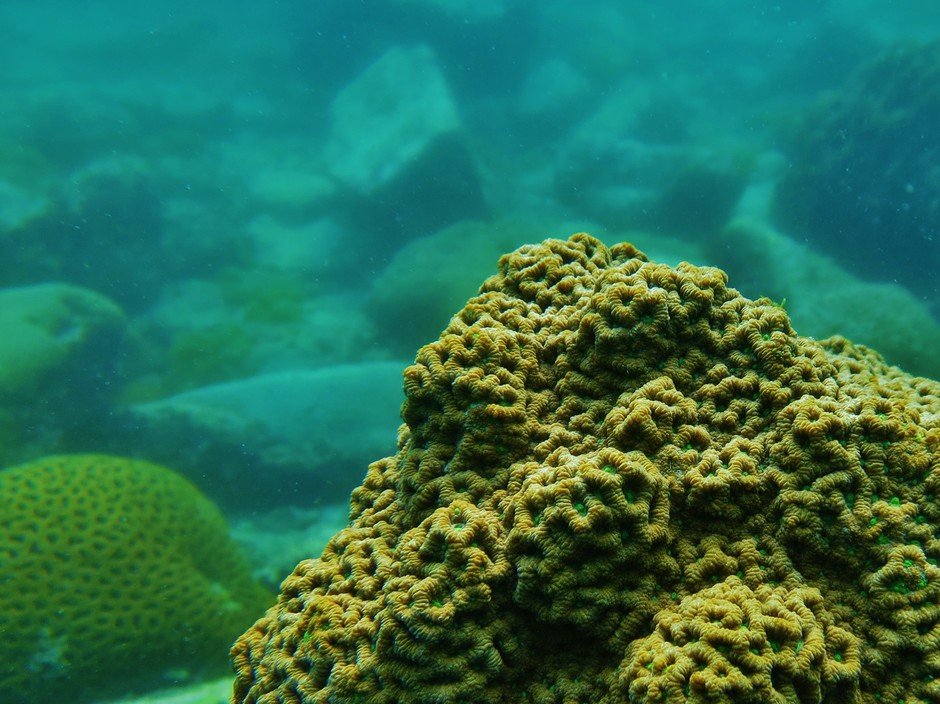 Researchers at School of Biological Sciences and Swire Institute of Marine Science, The University of Hong Kong have developed a new method for determining what corals eat, and demonstrated that reliance on certain nutritional sources underpins their bleaching susceptibility in warming oceans.

The research, published in the prestigious journal Science Advances, solves a conundrum scientists have struggled with for decades; determining the diet of a coral involves measuring how much prey it captures with stinging tentacles as well as how much food is provided by the photosynthetic algae inside their cells. To overcome this challenge, the team, led by Dr Inga Conti-Jerpe, compared the stable isotope “fingerprint” of hundreds of corals collected in Hong Kong to that of their associated algae. The results showed that some corals have isotopic fingerprints that match that of their algae, indicating the two partners share nutrients. Other corals have fingerprints distinct from their algae due to a diet based on the capture and consumption of prey particles in the water. The researchers found that more predatory corals had significantly larger polyps (an individual coral unit – much like an anemone) than corals more dependent on photosynthesis, a previously contentious relationship first proposed in 1974.

“We knew that polyp size is a factor that affects the surface area to volume ratio of a coral, a trait that other scientists have observed might be linked to delayed bleaching in the field. We decided to run a warming experiment with our Hong Kong corals to see if their diet accurately predicted how long they could withstand elevated temperatures without bleaching – and it did.” explains Dr Conti-Jerpe.

These results have implications for how coral reefs will change as climate change progresses. Corals dependent on photosynthesis bleach faster while predatory corals can withstand warming temperatures longer. “The results of our study help predict which coral species are more likely to survive as oceans warm. Unfortunately, what we found is that the most susceptible species are those that are commonly used in coral reef restoration efforts. To ensure the long-term success of reef rehabilitation, restoration initiatives should shift their focus to bleaching-resistant species.” said Dr David Baker, Associate Professor of School of Biological Sciences and Swire Institute of Marine Science who supervised the study.

While predatory nutrition can confer protection from bleaching, the scientists note that given sustained elevated temperatures, all the species in the study eventually bleached. “Capturing a lot of food doesn’t save corals from bleaching,” explains Dr Conti-Jerpe, “it just buys them a little more time – time that they desperately need.” The findings of this study will help scientists, conservationists and policy makers anticipate which corals will disappear first and how this will change reef ecosystems overall, including the services they provide.

Stable isotope data are an established tool for investigating diet – they are derived from measuring the different forms of common elements, such as carbon and nitrogen that have the same function biologically but differ ever so slightly in mass. For instance, nitrogen – an essential building block for DNA and protein – comes in a common ‘light’ isotope (14N) and a rare ‘heavy’ isotope (15N). When it comes to diet, animals accumulate 15N if they are sitting higher on the food chain – a carnivore will have more 15N than an herbivore. The corals in this study that had stable isotope values different from that of their algae had more 15N and thus must be more predatory.

Was Hong Kong once a coral reef paradise? HKU researchers reveal the historic range and diversity of corals in the Greater Bay area for the last 5,000 years
READ MORE