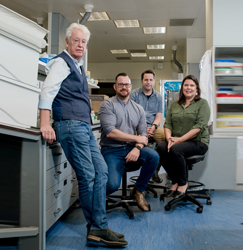 Wildlife trade poses a growing threat to the survival of many species. Although some wildlife products are traded legally, many are not. Illegal wildlife trade is the fourth most lucrative organised activity, worth billions of US dollars annually. As global demand increases for illegally harvested and traded wildlife products, endangered species are pushed closer towards extinction. Situated in the heart of Asia, Hong Kong acts as an important trading hub in the wildlife trafficking network.

The School’s research on wildlife trade has involved decades of multidisciplinary work. The team’s conservation research supports efforts by governments and NGOs to increase enforcement of national and international laws protecting endangered species and supporting illegal wildlife trade reduction. Conservation actions stemming from their research resulted in increased protection of turtles, pangolins and fish under the Convention on International Trade in Endangered Species of Wild Fauna and Flora (CITES) and via the International Union for Conservation of Nature (IUCN). The team is also developing new forensics techniques to further help fight wildlife crime and support successful prosecutions.

The KE Excellence Award of HKU was set up to encourage more colleagues and students in the University to join the ranks in the quest of deepening KE. 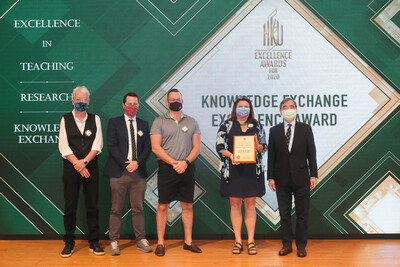