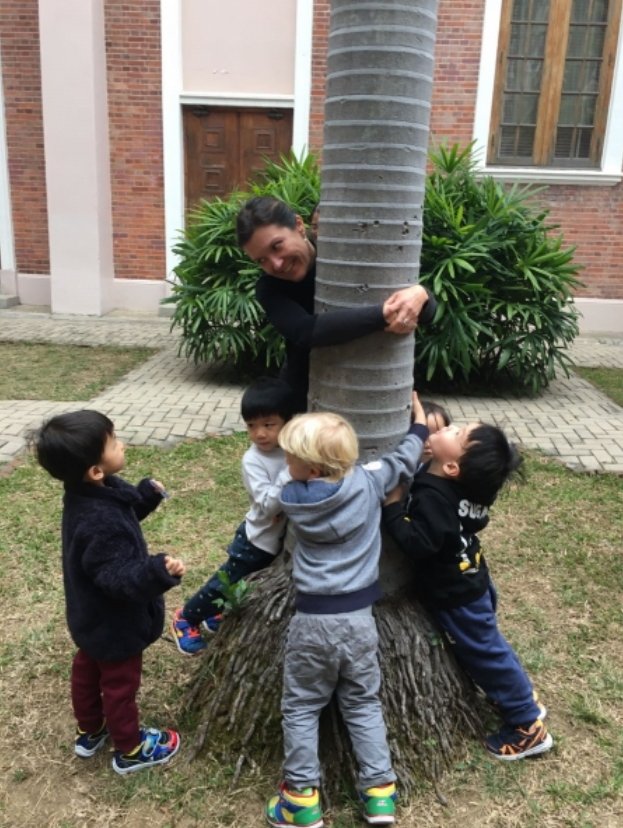 City lifestyle has been criticised for being an important reason for children being disconnected from nature. This has led to an unhealthy lifestyle in regards to active play and eating habits. Even worse, many young children do not feel well psychologically – they are often stressed and depressed. 16 per cent of pre-schoolers in Hong Kong and up to 22% in China show signs of mental health problems (Kwok SY, Gu M, Cheung AP, 2017; Zhu J, et al. 2017).

Recent research shows that spending time in nature may bring many health benefits, and many environmental programmes around the world are trying to decrease ‘nature-deficit’ and ‘child-nature disconnectedness’ in order to improve children’s health. For example, the WHO, in order to monitor implementation of the Parma Declaration commitment to providing every child with access to “green spaces to play and undertake physical activity”, has set a 300-meter target. Interestingly, 90 per cent of the Hong Kong population lives within 400 metres of such areas. However, despite the extensive, adjacent greenness, families are not using these areas.

“We noticed a tendency where parents are avoiding nature. They perceive it as dirty and dangerous, and their children unfortunately pick up these attitudes. In addition, the green areas are often unwelcoming with signs like “Keep off the grass”, said Dr Tanja Sobko from the School of Biological Sciences. Until now, it has not been possible to measure connectedness to nature in preschool children, mostly due to the fact that they are too young to answer for themselves.

A new 16-item parent questionnaire (CNI-PPC) to measure “connectedness to nature’ in very young children has been developed by Dr Sobko and her collaborator Professor Gavin Brown, Director of the Quantitative Data Analysis and Research Unit at the University of Auckland. The questionnaire identified four areas that reflect the child-nature relationship: enjoyment of nature, empathy for nature, responsibility towards nature, and awareness of nature.

The study consisted of two parts: the initial interviews with the families and the subsequent development of the questionnaire. Altogether, 493 families with children aged between 2 and 5 have participated in the study. Finally the new questionnaire was tested against the Strengths and Difficulties Questionnaire, a well-established measurement of psychological well-being and children’s behaviour problems. The results revealed that parents who saw their child had a closer connection with nature had less distress, less hyperactivity, & fewer behavioural and emotional difficulties, and improved pro-social behaviour. Interestingly, children who took greater responsibility towards the nature had fewer peer difficulties. The results give a new possibility for investigating the link between the outdoor environment and well-being in pre-school children.

The study is part of Dr Sobko’s research-based programme Play&Grow, which is the first in Hong Kong to promote healthy eating and active playtime with preschool children by connecting them to nature. Launched 2016, it has so far included almost 1000 families from all over Hong Kong. (https://foodnaturelab.org/page).

The findings have been published in multidisciplinary Open Access journal, PLOS ONE. The new scale has already attracted international attention and is being adopted by universities worldwide including Western Australia and Deakin Universities. In addition, the HKU-developed ‘Play&Grow’ programme is also on track to be conducted in Australia.

The next step is to further fine-tune future health promotion/disease prevention interventions, which Dr Sobko and the team are committed to. “We are grateful for the recognition of the Government, which has recently granted significant financial support to this important project”, said Dr Sobko. The new exciting extension of this work is to test the effect of the exposing children to nature and changes in their gut microbiota.