Congratulations to Professor Zhao Guochun of the Department of Earth Sciences for his winning of The World Academy of Science (TWAS) Prize in Earth, Astronomy and Space Sciences.

The World Academy of Science (TWAS) in Trieste, Italy has announced the winners of the 2018 TWAS Prizes, of whom Professor Zhao Guochun of HKU Department of Earth Sciences was awarded the 2018 TWAS Prize in Earth, Astronomy and Space Sciences for his contributions to our understanding of continental collisional tectonics in Earth’s early history and the assembly of the supercontinent Columbia (Nuna) ~1.8 billion years ago.

Professor Zhao is the first Hong Kong scholar to be chosen for this award in Earth, Astronomy and Space Sciences. Professor Zhao is greatly honoured to be receiving this award. He said: "This award will not only be a great motivation as I pursue my future research goals, but will also inspire my students and show them that hard work does get rewarded." Each year the World Academy of Science awards TWAS Prizes in nine fields: Agricultural Sciences, Biology, Chemistry, Earth Sciences, Engineering Sciences, Mathematics, Medical Sciences, Physics, and Social Sciences. This year, there are 12 prize winners, including three from China, two from Brazil, two from India, and the rest from Argentina, Kenya, Mexico, South Africa and Turkey.

For more about Professor Zhao, please visit the following websites: 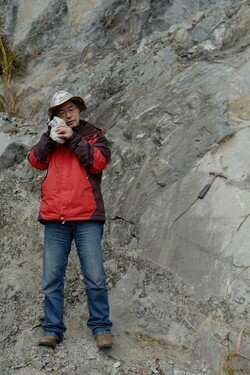