Professor Xiaoming Yuan of Department of Mathematics was awarded the 2018 Higher Education Outstanding Scientific Research Output Award (Second Prize) from the Ministry of Education in China. The award is for Professor Yuan's outstanding research project (joint with Professor Bingsheng He from Nanjing University) on "Theoretical and Algorithmic Study on Alternating Direction Method of Multipliers (ADMM)".

The alternating direction method of multipliers (ADMM) was proposed in 1975; but it has been gaining its popularity starting from 2010 because of its extremely wide applications in many fields including data science, scientific computing and engineering. Professor Yuan has been working on this method since 2000 when he was a graduate student. Together with Professor Bingsheng He from Nanjing University, they had made several widely-acknowledged breakthroughs to this method. They are the first proving the convergence rate of ADMM; the first proving that the direct extension of ADMM to multi-block convex programming problems is not necessarily convergent; they had developed a series of ADMM-like algorithms for multi-block convex programming problems with both provable theoretical convergence and competitive numerical performance; they had initiated the novel analytic framework based on variational inequality for convergence analysis of various first-order algorithms in optimization. Their research outputs have been highly cited by various scholars from many areas.

Congratulations to Professor Yuan for his outstanding research achievement. 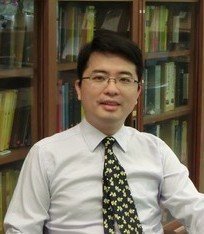