Professor Guosheng YIN, Patrick S C Poon Professor in Statistics and Actuarial Science and Head of Department of Statistics and Actuarial Science, is recently elected as a Fellow of the Institute of Mathematical Statistics (IMS) in 2021, one of the top honors for demonstrating distinction in research in statistics or probability. This is a true recognition for Professor Yin’s significant contributions to the frontiers of clinical trials and biostatistics throughout the years.

Professor Guosheng Yin received Ph.D. in Biostatistics from University of North Carolina at Chapel Hill in 2003.  In 2003-2009, he worked as Assistant Professor and also Associate Professor (tenured) in the Department of Biostatistics at University of Texas M.D. Anderson Cancer Center.  He was elected as a Fellow of the American Statistical Association in 2013. His main research areas include AI, machine learning, clinical trial methodology and adaptive design, Bayesian methods, and survival analysis. He has published over 180 peer-reviewed papers and two books in the areas of clinical trial design and methods.​ He has also been named by Clarivate Analytics among the world’s top 1% Highly Cited Researchers​ in 2015 and 2019. 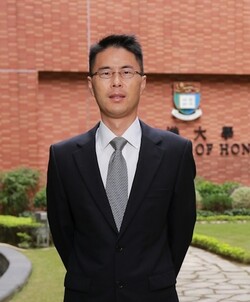