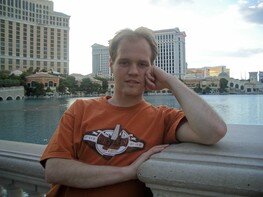 Dr Kane obtained Bachelor's degrees in Mathematics and Computer Science as well as a Masters degree in Mathematics in 2002 from Carnegie Mellon University, followed by his Ph.D. in Mathematics from the University of Wisconsin - Madison in 2007. After this, he held postdoctoral fellowships at Radboud Universiteit, Nijmegen in the Netherlands and Universität zu Köln in Cologne, Germany before joining The University of Hong Kong in 2013. He is currently an Assistant Professor in the Department of Mathematics.

Dr Kane's research is centered in number theory, with an emphasis on the application of modular forms and quadratic forms to number-theoretic questions. Together with his former Masters student, Dr Kane resolved a conjecture of Chevyrev and Galbraith about the halting of an algorithm to construct supersingular elliptic curves. Working together with international collaborators, he also answered a question posed by Petersson in 1950 and verified asymptotics related to partitions without sequences numerically obtained by Zagier. One of his primary contributions since joining The University of Hong Kong is the development of the theory of polar harmonic Maass forms together with Kathrin Bringmann. This helped put work of Ramanujan, Petersson, Berndt, and Bialek about meromorphic modular forms into a general framework, ultimately allowing for its extension in new directions, and for which he was awarded the 2017 Hong Kong Mathematical Society Young Scholar award.