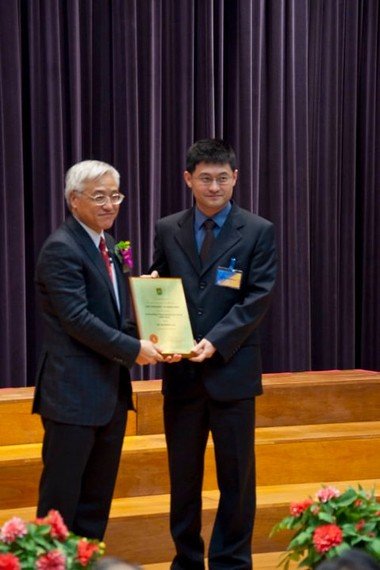 Dr Cui is Associate Professor of the Department of Physics of the University of Hong Kong.  He received his BS degree from the University of Science and Technology of China in 1997 and his PhD from Arizona State University in the US in 2001.  Before joining HKU, he was a joint postdoctoral scientist in the US at Columbia University and the IBM research centre.

Dr Cui’s research focus is on the experimental approach to the electrical and optical properties of solid state matters, particularly carbon nanotubes and low dimensional semiconductors.  He has developed a well-organized method of measuring the electric conductance of single molecules and revealed the role of electric contacts in carbon nanotube field effect transistors.

Recently, Dr Cui and his HKU colleagues conducted a series of experiments, for the first time, to quantitatively evaluate the strength of spin currents in a two-dimensional electron gas system, which has been an important but challenging topic in spintronics research.