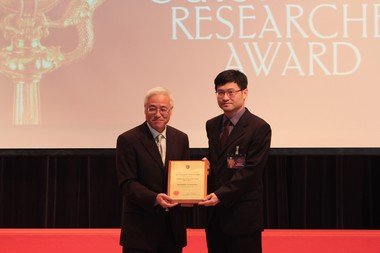 Professor Cui received his BS in Physics from the University of Science and Technology of China in 1997 and his PhD from Arizona State University in 2001. After completing his PhD, he undertook joint postdoctoral research at Columbia University and IBM. He joined the Department of Physics at the University of Hong Kong in 2004 as an Assistant Professor, and he is currently a Professor of the department.

Professor Cui’s research interests and experience cover various subjects including carbon nanotubes and spin and valley physics in semiconductors. His research focusses on experimental solid state physics with an emphasis on characterising electrical and optical properties of low dimensional materials. Recently, his research group conducted several pioneering experiments on the optical properties of atomically thin two-dimensional crystals in terms of spin and valley physics. The experiment on valley selection by optical pumping, published in Nature Nanotechnology, has been  recognised as a milestone towards valleytronics, and together with high profile research (published in Scientific Reports and PNAS) on the interlocking of the spin and valley degrees of freedom in 2D transition metal dichalcogenide systems, the works have initiated a new approach to non-magnetic semiconductor based spintronics.

In 2017, Professor Cui was awarded a Croucher Senior Research Fellowship.