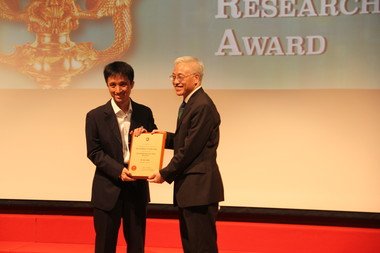 The central theme of Dr Yao’s research is to explore novel quantum phenomena associated with internal degrees of freedom of electrons such as spin and valley pseudospin for new concept quantum devices. His team is currently exploring such phenomena in atomically thin two-dimensional materials and their van der Waals heterostructures. Dr Yao’s most representative work is the discovery of the physics associated with electron valley pseudospin, previously thought to be unusable for the lack of control over this degree of freedom. His predictions of the valley Hall effect and valley optical selection rules have been observed in various two-dimensional materials, making it possible for valley pseudospin to be used as an information carrier with electrical and optical controllability in optoelectronics. He received the Croucher Innovation Award in 2013, HKU Outstanding Young Researcher Award in 2013, and OCPA Achievement in Asia Award (Robert T. Poe Prize) by the International Organization of Chinese Physicists and Astronomers in 2014.

Dr Yao is a theoretician who works very closely with experimentalists. He enjoys both predicting new phenomena and identifying new physics from unexpected experimental observations.