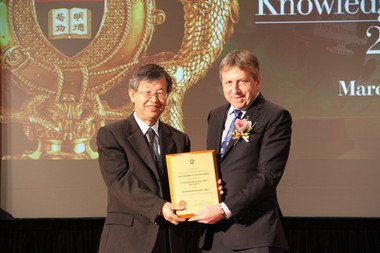 Professor Yang's research is on actuarial science and mathematical finance. His research topics include ruin probability and related problems, optimal investment policies, and option pricing. Recently, his research has been focussing on equity-linked insurance products. These products are popular in the insurance industry. Their valuation and hedging are a challenge in actuarial science. Together with Professors Gerber and Shiu (both Honorary Professors of the Department), a new valuation approach for these products is proposed and a substantial series of closed-form formulas is obtained. Professor Yang has published over 150 peer-reviewed papers in leading actuarial science and related journals. His research has been recognised by actuarial science researchers worldwide. In 2014, he was elected as an Honorary Fellow of the Institute and Faculty of Actuaries and a Corresponding Members of the Swiss Association of Actuaries in recognition of his research accomplishments and contributions.

On receiving the HKU Outstanding Research Award, Professor Yang would like to thank the Department and the University for providing him further support and inspiration for his research in actuarial science.