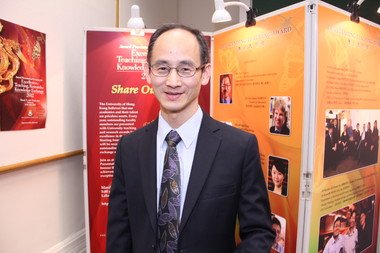 Professor Chan received his secondary education in Hong Kong. He completed a BSc degree at the University of Alberta, and MS and PhD degrees at Cornell University. He was a postdoctoral fellow at Case Western Reserve University before joining The University of Hong Kong in 1988.

Professor Chan has a long-term interest in electrochemistry, a subject with wide applications, including energy conversion and storage. He has published over 140 papers in the fields of electrochemistry, physical chemistry, chemical engineering, and materials science. He is a top 1% cited scientist, according to the ISI Essential Science Indicators. Professor Chan has made significant contributions to research on multi-scale structured materials for applications in fuel cells and batteries. His publications on meso-porous carbons and nano-structured electrocatalysts have been the most cited works in the field. Professor Chan has five inventions in the areas of fuel cells, energy, and environment. In 2010, he received a Croucher Foundation Senior Research Fellowship Award.

As a teenager, Professor Chan was fascinated by chemistry and performed scientific experiments at home. Many of these investigations were unsupervised, unorthodox, and under conditions that would not have passed even the safety standards of yesteryear.  Fortunately, he remained unscathed and eventually became a fully qualified independent researcher. Professor Chan’s current desire is to motivate PhD students to explore the world of science, but with minimum risks in safety.