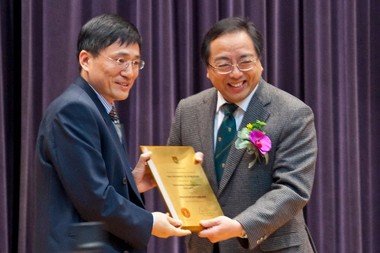 Professor Sun’s research interests lie in the frontier of inorganic chemistry and biology / medicine.  He has recently focused on the structural biology of metallo-proteins, and on metallomics and metalloproteomics.  By using chemical biology and metallomic approaches, his research team has identified several key metallo-drug binding proteins that provide a basis for mechanism-based drug design.  Professor Sun is the recipient of the NSFC Outstanding Young Scholar Award (2005) and a Croucher Senior Research Fellowship (2010-2011).  He serves on the editorial (or editorial advisory) board of several scientific journals including Metallomics and the Journal of Biological Inorganic Chemistry, and has edited a book entitled Biological Chemistry of Arsenic, Antimony and Bismuth (John Wiley & Sons, 2011).

Professor Sun appreciates colleagues both in the outside the University for their collaboration and particularly values the importance of teamwork involving his group members.  He would like to dedicate the award in part to his family.