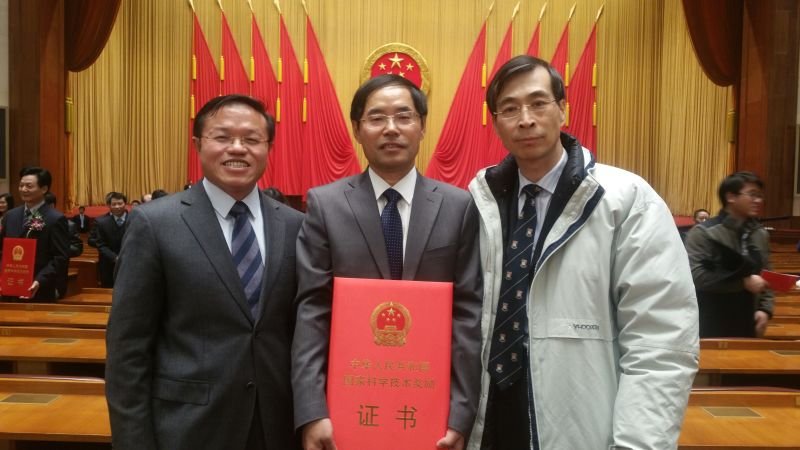 Professors Zhao Guochun (HKU), Min Sun (HKU) and Sanzhong Li (Ocean University of China) were awarded “2014 State Natural Science Award (Second Class Prize)” for their project entitled "Paleoproterozoic amalgamation of the North China Craton and the assembly of the Columbia supercontinent". This project has led to two original and significant scientific advancements, of which the first one is the recognition that the widespread 2.1-1.8 billion-year-old mountain belts on the Earth recorded global-scale collisional events that assembled all old continents to form a single supercontinent, which was later named “Columbia” or “Nuna”. The second achievement of this project is the discovery of two old Himalaya-type collisional belts in North China, namely the 1.95 billion-year-old “Khondalite Belt”and the 1.85 billion-year-old “Trans-North China Orogen”, indicating that North China formed by the assembly of several micro-continents at 1.95-1.85 billion years. These scientific findings were highlighted by more than 200 scientific papers, which have been cited by others for more than 100,00 times.

Both HKU researchers in the project were recognized as the World’s Most Influential Scientific Minds 2014 by Thomson Reuters in June 2014. In addition, Prof. Guochun Zhao is the Editor-in-Chief of Precambrian Research(IF = 6.02), and the Chief Principal Investigator of NSFC Major Project "Reconstruction of East Asian continents in Pangea" (Funds: 20M RMB; Duration: 1/1/2012 - 31/12/2016). In 2014, Prof. Zhao was elected to be the Fellow of Geological Society of American (GSA) and the President of the International Association of Gondwana Research.