Professor Vivian Wing-wah Yam, Philip Wong Wilson Wong Professor in Chemistry and Energy and Chair Professor in the Department of Chemistry,was elected as the Foreign Member of Academia Europaea (The Academy of Europe) during the meeting held in Darmstadt, Germany in early September 2015.

The Academia Europaea was founded in 1988 as an international, non-governmental association of individual scientists and scholars from all disciplines, who are experts and leaders of international distinction in their own subject areas as recognized by their peers, irrespective of nationality, gender, location or discipline. The primary criterion for membership is “sustained academic excellence in the candidate’s field”. Membership of Academia Europaea is by invitation after peer group nomination, rigorous review and assessment based on the scholarship and eminence of the individual in his/her chosen field, and recommendation to the Council of the Academia for formal election. The Academia’s current membership is about 3000. There are over 70 Foreign Members. Professor Yam is the only Foreign Member elected in 2015 under the Chemical Sciences Section of the Academy for her distinguished achievements in the discipline.

Professor Yam has been delighted to be elected as a Foreign Member.“It is my great honourto become the Foreign Member of this distinguished Academy and I am looking forward to meeting other well-known chemists and scientists within Europe and all over the world.” she said.

Professor Mathieson said: “I and all of Vivian’s colleagues here at HKU are of course delighted to see her receive yet another international accolade in recognition of her distinguished achievements in the field. That the only Foreign Member in Chemical Sciences of the Academy should be from HKU is further evidence of the University’s impact and research standing in the world.”

Professor Yam will be inducted into the Academy at the Introduction Ceremony to be held in June 2016 in Cardiff, United Kingdom, along with 247 new members. 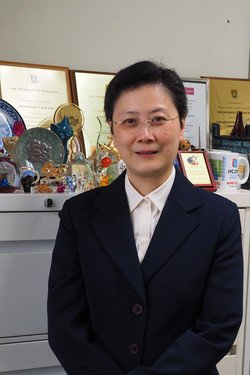