Dr POINTING was appointed as a Research Assistant Professor at HKU in 1998. He became part of Faculty in 2001 and has since built a significant presence in research, teaching and service at the university. His excellence in research has been recognized with publications in leading journals such as PNAS, and he was awarded the University's inaugural Outstanding Teaching Award in 2008.

Dr Pointing has been involved at the highest level in curriculum development both for the new 4-year BSc Science curriculum and the Common Core Curriculum. He has also been a highly active member of working groups and committees related to formation and development of the School of Biological Sciences.

A major part of his service to the Faculty has been involvement in recruitment of mainland students. Dr Pointing has also been pro-active in many outreach activities including public lectures and television appearances designed to enhance visibility of the Faculty within Hong Kong and overseas. 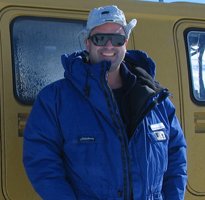