Triggered by the travel blogs of the famous geological and leisure travel writer of the Ming Dynasty, Xu Xia Ke (徐霞客), four 1973 BSc graduates - TW Tam, May Lau, Robert Siu and David Mok, set off on a self-driving trip in September 2018 to retread part of his footsteps, mainly in 3 places --- LuShan (廬山), WuYuan (婺源) and YanDangShan (雁蕩山).

Two days at LuShan (廬山) were met with fine weather so that they could grasp the rare opportunity of seeing the real face of the mountain.  The city centre, named GuLingZhen (牯嶺鎮), had its charm in resembling a European little town with bungalows covered with red and green rooftops.  Besides the two scenic lakes, LuLin Lake (芦林湖) and RuQin Lake (如琴湖), there were also breath-taking deep valleys and buildings of historical significance. In order to take a glimpse of the second largest fresh water lake in China, they went to a lookout called HanPoKou (含鄱口) where PoYang Lake (鄱陽湖) was just under their eyebrows.  By adjusting the focus of eyes to a closer distance,  LuShan’s (廬山) famous Ridge, The Five Elders (五老峰), was in sight.  However, the gem of LuShan (廬山) lied at The Three-Stack Springs (三叠泉) which was a stack of three waterfalls accessible through climbing up more than 1000 stair-steps, fortunately all of which were well maintained.  At the foothill of LuShan (廬山) was the site of the prestigious educational institute in ancient China, The White Deer Cave College (白鹿洞書院), a breeding ground for academic elites where the respectable scholar, ZhuXi (朱熹), in the Sung Dynasty served as professor.   The last leg of our LuShan (廬山) excursion ended there with them paying tribute to this great scholar of conceptual science (理學家) who not only was a distinguished predecessor in their discipline of study, but also the academic sage glossing the phrase “Objective Analysis” (格物) in HKU’s motto “明德格物”.

WuYuan (婺源) was rated the most beautiful village in China.  Actually it was not a single place, but several scenic spots scattered around a rather large region.  It really lived up to its fame when the scenery caught our eyes - an elegant picture of villages decorated in a delicate combination of natural beauty of hills and rivers coupled with artistically designed architectures.

YanDangShan Travel Memoir (雁蕩山遊記) was a passage in Chinese literature textbook in secondary school.  The mountain lies in Zhejiang Province near Wenzhou (浙江温州).  There were several sections and they visited the most popular one – South YanDang (南雁蕩).   YanDangShan was famous for its rocks and waterfalls.  The rocks projected different impressions based on one's imagination when viewed from different angles, and also in daylight versus in darkness; so that the night tour of the mountain was also an appealing tourist attraction.  One of its numerous waterfalls, DaLongQiu (大龍湫瀑布), prided itself with the highest drop-level (190m) among all waterfalls in China.  A visit to its FangDong Scenic Area (方洞景區) left them with an imposing panoramic view of the many stunning cliff-like rocky faces of the mountain.  After seeing so many peculiar rock formations, they concluded the trip by visiting a more subtle scenic area within the YanDangShan (雁蕩山) region called NanXiJiang Mast Rock Scenic Area (楠溪江石桅巖景區) where brown rocky surfaces gave way to greenery with a crystal clear stream winding through it.

They also passed through two well known places though without spending too much time there --- the "chinas" capital of China -- JingDeZhen (中國瓷都 -- 景德鎮), and the famous movie town of HengDian (横店) where some mock-ups of well known places or scenes such as YuanMingYuan (圓明園) and Painting of Riverside Scene at QingMing Festival (清明上河圖) were erected for movie shooting and sight-seeing purposes.

Some people may ask whether it was advisable to do so much traveling at their advanced age of “Passing Sixty and Approaching Seventy” (登陸奔七).  Yet they were happy that they were admitted to most tourist spots free of charge and did get some privileges in queuing up for train tickets! 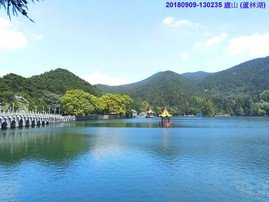 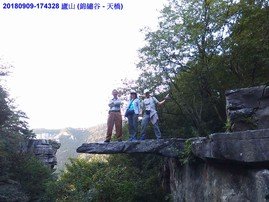 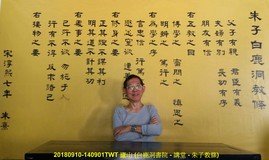 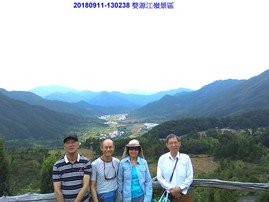 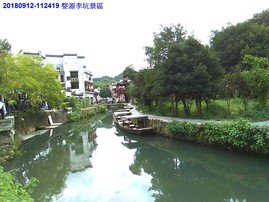 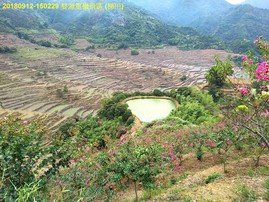 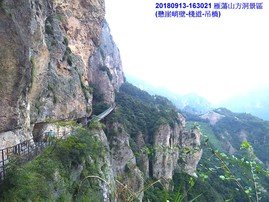 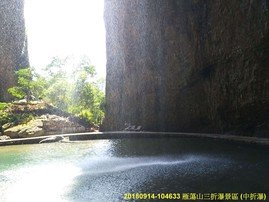 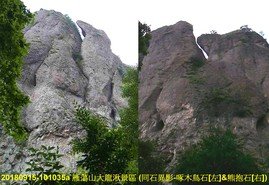 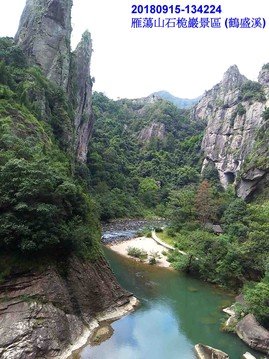